Cat lovers will be familiar with the rasp, the wheeze, the momentary paralysis and the violent shuddering that precedes our feline friends’ regurgitation of a messy hairball.

Grooming is an essential part of cat life. So, too, is it a key role of the government to tidy up messy, outdated laws while adapting the legislative environment to address the changing world we live in.

For years, law makers around the world have battled to find ways of controlling how content is published on the internet. It’s a tough act to find a moderation regime that protects people from online harm without impairing the right to free speech. Which is probably why they consistently fail to address the matter with efficacy.

Unlike the cat analogy, where the hairball is a very necessary outcome of a thorough cleansing routine, our government’s legislators recently coughed up a couple of real dog’s breakfasts.

They’d taken umbrance at a 2020 threat by Facebook to remove GovChat, a platform designed to connect government and citizens - and largely used post-SASSA debacles ad-infinitum to enrol potential grant recipients - from the WhatsApp Business API due to alleged violations of its contractual terms of use.

The complaint centres on the belief that Facebook / Meta is abusing its position as one of the country’s dominant providers of instant messaging services. While the power of big tech is an extraordinarily complex ethical issue, I’m far from convinced that our Competition Commission has either the ability to resolve this or has picked the right fight. Not only was GovChat the alleged infringer in this matter, but  its WhatsApp account is still live … and even if it had been booted, surely a competent government could find other ways of communicating with its citizens. This feels like a huge overreach by officials who are desperate to prove their relevance.

Another overreach - and by far the larger of the current hairballs - is an outcome of the recent enactment of the Films and Publications Amendment Act, also known as the internet censorship bill.

Although the Act’s been anticipated for some time, the timing of its implementation came as something of a surprise. Normally, new regulations are preceded by an announcement in the Government Gazette in both print and electronic format. But, worryingly, technical failures have prevented the Government Printing Works from loading gazettes to its website since mid-January, so the first the country heard of the law was at an impromptu press conference held in early March, a few days after it came into effect.

One of the much debated clauses of the FPAA is a section that allows anyone to report dodgy content to the Film and Publications Board (FPB). The board can then issue a take-down notice to have the offending content removed. Naturally, the guidelines around what constitutes dodgy content are open to interpretation which should be a worry for brands and online publishers.

The FPB’s been quite sprightly, taking less than a fortnight to fire its first salvo - a notice served on Showmax letting it know that it’d be reviewing the streaming service’s self-assigned 16 VSNL rating for its telenovela The Wife.

While the scene was definitely risque, what makes the referral particularly strange is that back in 2015 the same outfit came under fire for determining that the rather more salacious 50 Shades of Grey merited a mild 16 LNS rating, even going so far as to publish a press release defending its position. If anything can be read into the FPB’s past behaviour, Showmax should be able to sleep more comfortably than Christian Grey and Anastasia Steele ever managed to.

The common factor in both of these cases is a confusion about standards and the role of governance in a joined up world. Big tech has demonstrated time and again that it cannot police itself, so it’s clear its power needs to be managed by responsible 3rd parties. Yet for all the rulings made by judges in the UK, Europe, Australia, India, South Korea and the US in recent months there’s been too little commonality and too few opportunities for the universal application of common sense law.

Surely we’d be better setting aside the politics of country states and appointing a world wide regulator for the world wide web? Perhaps a UN sanctioned body styled in the ilk of ICAAN, who’ve successfully policed IP numbers and domain names since the advent of the internet.

While the issue’s undoubtedly complex, I long for the day when the rasp and the shudder is limited to Tiddles’ morning grooming session without causing worrying reverberations in boardrooms and the judiciary.

*This article originally appeared on MarkLives

#NEXT2022: What does the metaverse mean for your business? 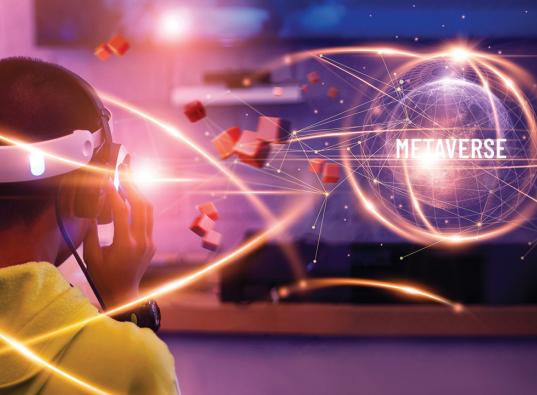