On Friday, the 4th of September, Cape Town hosted its very first Drupal Camp. It was a proud moment for those of us in the Drupal community. All our websites here at Rogerwilco are made with Drupal so it was particularly exciting for us to be a part of the big day.

It was also incredibly satisfying to see how the community is evolving. We truly feel that Drupal is here to stay and we would recommend anyone involved in making websites have a look what Drupal is all about.

So why are we so keen on Drupal? 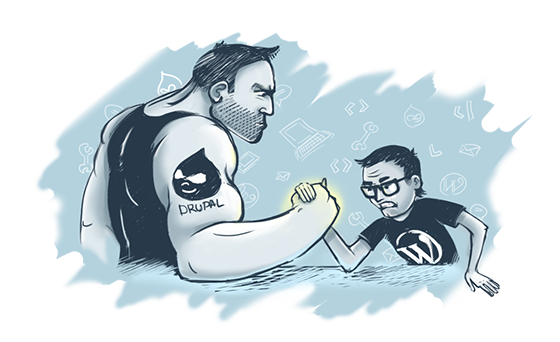 Drupal is a content management system (CMS). With a CMS you don’t have to use code to build a website from scratch because the framework is already there, waiting to be shaped into whatever you need. It’s like WordPress, only better (sorry). The great thing about Drupal is that it’s scalable and has incredible customisation potential so it can handle all kinds of tasks, whether you need a basic blog or a large ecommerce site.

What’s also special about Drupal is that it is open source, so there’s no licencing fee and you’re free to modify it to your heart’s content.

“Come for the software, stay for the community”.

Because it is open source the community aspect is something we talk about a lot. In fact, one of the biggest advantages of Drupal is the support you get from the community. For instance, if you go to drupal.stackexchange.com and post a question, you’ll likely get help within the hour.

The more localised Drupal community in South Africa is something we want to help nurture, which brings us back to the Drupal Camp event in Cape Town. 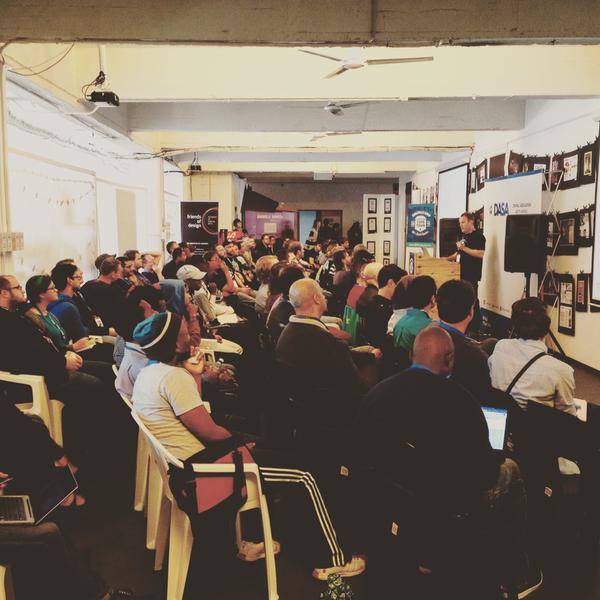 Friday the 4th of September was the first official Drupal Camp in Cape Town and saw Drupal Developers from across the Mother City leave their coffee and headphones behind to join in on the festivities. There were a total of 12 informative and engaging presentations by top local and international industry professionals, and over 100 eager attendees.

The day started out with an exciting look at what the newly released Drupal 8 will be offering us, from modern PHP frameworks to a simple and slick theming framework.

A long-distance hangout with Jeffrey A. "Jam" McGuire provided some insights into the world of open source. He inspired us that we have "an opportunity as Drupalists to affect real world change through technology," and that the reputation of Drupal and open sources rests on the shoulders of each and every one of us.

The camp split into two main streams: front-end and back-end. Our very own Chris Kriel presented on how we at Rogerwilco offered UCT a solution to enable the hosting of over 500 disparate websites on a unified Drupal platform. Some people were slightly taken aback because they didn’t know that some of the points in the talk were even possible in Drupal, which just goes to show much is possible with the right platform. 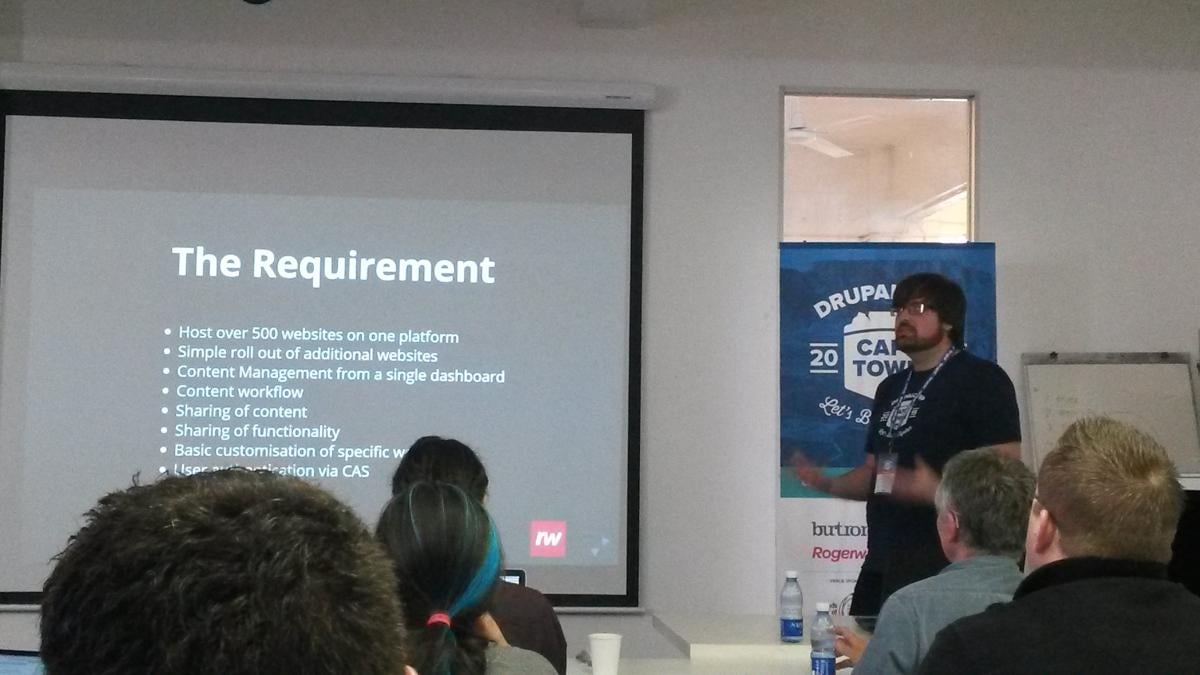 Our business development (AKA sales) guy, Rick Harington, gave a talk about SEO in the context of web development and Drupal. He reminded us how it’s far easier to make an SEO-friendly website if you take SEO into account before you start building, and not later as an afterthought.

There were many other talks we enjoyed. One of my personal favourites was on enhancing site performance by using tools like Varnish, Memcached and Pound, which was delivered by Wayne Oliver, a Senior System Administrator for the Western Cape Government. One of the biggest challenges when working with Drupal or any complex framework, especially on larger sites, is of course site performance. If you have ever visited a website and things load very slowly, there is a fair chance that poor implementation of site performance took place and so load times of pages are increased.

Wayne walked a full room of keen listeners through the applications and how a few small changes can significantly boost site performance and greatly improve a user’s experience.

I really take my hat off to the organisers who did a fantastic job. From the selection of speakers to the extra goodies we all got, everything was planned superbly. There were delicious refreshments on hand, and hungry developers couldn’t get enough brownies. The closest thing to a slip-up was when the coffee machine temporarily went offline, understandably sending the lead organiser into a panic because no one in their right mind would deny a building full of developers their caffeine.

All in all, the event was a huge success. Everyone seemed to enjoy the day and no one left having not learnt something new.

Where to from here

I think the events are just going to get bigger. Hopefully we’ll have a Drupal con South Africa within the next couple years.

You don’t have to wait till the next Drupal Camp to actively get involved with the community though. There is a monthly meetup that is free to any and every one. The next one is on 30 September. Gregory Gerhardt, chairman of the Amazee Group will be our speaker, presenting a talk on "How to diversify your Web Service Business Internationally". You can join by registering here.

I firmly believe that anyone who likes building websites should give Drupal a try, whether you’re in front end, back end, or even on the design side of things. You don’t even need a coding background to get your hands dirty. The learning curve is said to be a little steep, but that’s why we’re all here to help each other.

Get involved. Let’s build together.

Sergio Henriques is a developer at Rogerwilco, and you can find his Drupal profile here.