Last week more than 120 developers from around South Africa gathered for the third annual Drupal Camp Cape Town hosted by The River Club. 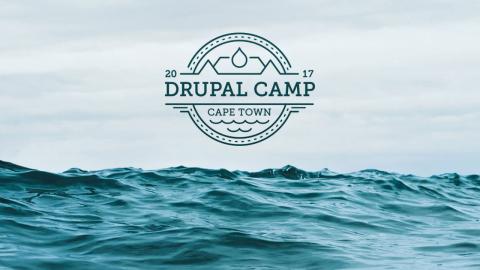 The camp opened with a streamed keynote introduction from Angie Byron (better known by her Drupal handle 'webchick'), a Drupal core developer and Director of Community Development at Acquia.

She gave an informative presentation on Drupal's upcoming features and a roadmap of Drupal's future as a web platform.

Thanks @webchick for joining us in Cape Town today with your insights @DrupalCapeTown. @KrielCA firing the questions. pic.twitter.com/EFfqXQiDye

As is tradition, the camp was divided into two tracks. This year, the tracks began by splitting seasoned developers and beginners/students. The first track focused on niche aspects of Drupal development. The second was primed towards future developers interested in learning more about Drupal.

Dane Rossenrode, founder of Touchdreams, followed with a talk about common development tools used for Drupal.

Talks are in full swing. With two concurrent tracks & awesome talks, it's hard to chose which talk to attend. #DrupalCampCPT #DrupalCamp2017 pic.twitter.com/wXm2nXnMbb

André's talk was followed by the most technical presentation of the day. Sebastian Siemssen of Amazeelabs Zurich streamed a live demonstration of bleeding-edge GraphQL integration with Drupal, showcasing its impressive ability to customise API output and prime it for clientside frameworks like React.

Closing the development track before lunch, Duncan Moore from Mirum talked about his experience with building an Ecommerce platform using Drupal 8 and the status of recently released Commerce 2.0.

Of course, the best talks of the day were after lunch (just kidding). The two tracks were divided into user-experience/frontend and soft-skills for Drupal development.

Starting off the frontend talks, yours truly spoke about the next evolution of the web, Progressive Web Apps and the role they will play in Drupal's future.

Amazee's Lisa Thesen impressed the audience with a visual feast of animations and gave excellent insight into integrating motion design into the development process.

I missed "How to Build Website with Analytics in Mind" and "Seven habits to becoming a better (Drupal) Developer" due to my involvement with the frontend talks. But I heard they were both great, especially for those developers looking to improve both personal and product performance.

My favourite talk of the camp was by Amazee's Head of Global Maintenance, Bryan Gruneberg. He spoke about the trials and tribulations of his maintenance team while keeping customers happy and what you can do to make sure that the maintenance monster doesn't cause havoc with your production schedule.

Bryan's talk signalled the end of the day and, before we knew it, the camp was done and dusted! The event closed out with some music 'n chill from local developer band Aidan Martin Duo.

See you all next year!